Setting boundaries is important for your mental health, but it’s easier said than done. Certain generations struggle with it more than others, and our new survey of more than 1,000 Americans has found younger generations have the most trouble saying “no” to others.

The Art of Saying No

In 2022, Nearly half (48%) of Americans admitted to going to an event that they wanted to skip. The most common events were family parties, parties hosted by friends, holiday gatherings, birthday parties, and work events.

Across generations, Gen Zers ended up at the most unwanted events. 66% of Gen Z ended up going somewhere they wanted to avoid. 48% of Millennials and 43% of Gen X felt the same. Only about 1 in 4 (26%) Baby Boomers went to an event they didn’t want to attend in 2022.

The top reason Americans admitted to going to these parties and gatherings was out of guilt or obligation (72%). More than 2 in 5 (43%) said it was to support a family member or friend, and 36% didn’t want to let others down. About 1 in 3 (34%) felt pressure to say yes initially and couldn’t get out of it, while nearly 1 in 6 (13%) ended up getting pressured to go by others.

Nearly 3 in 5 (58%) Americans have trouble saying “no” to others, and Gen Z is the worst at it, but Millennials aren’t far behind. 64% of Gen Zers who took our survey say they have difficulty saying no compared to 59% of Millennials, 55% of Gen X, and just 42% of Baby Boomers. Baby Boomers were the only generation where the majority said they have no trouble saying “no.”

The Art of Avoiding Others

It comes as no surprise that if Americans have difficulty saying no, they find other ways to skip an obligation: excuses. After getting backed into a corner, some people make up excuses to get out of commitments. More than 7 in 10 (73%) Americans revealed they have lied to get out of going to something. The top excuse people use: illness. Nearly 3 in 5 (57%) have pretended to be sick, and more women (62%) than men (53%) admitted to using that excuse.

The other most popular reasons to cancel are claiming to be busy, tiredness, a last-minute emergency, and a family member or friend in need. More than 1 in 10 (13%) have even gone so far as to use their pet as an excuse.

Aside from commitments, many Americans are struggling with how to get out of friendships. Just like in the dating world, 2 in 5 (39%) admitted to ghosting others rather than letting them know they don’t want to be friends any longer.

Others are trying to “quiet quit” friendships instead of their jobs. Quiet quitting in this case means people stop making an effort to hang out and just keep making excuses as to why they can’t spend time together until the other person slowly gets the hint.

Your Mental Health and the Holidays

The holiday season is especially stressful for many Americans as they juggle a lot of family time, finances, and mental health. More than 3 in 5 (64%) get stressed around the holiday season, but women struggle with this more than men. 74% of women versus 53% of men admitted to getting stressed around Thanksgiving and Christmas time.

The top reason for holiday stress is the cost of paying for gifts. More than 1 in 2 (52%)  Americans are worried about how much they’re spending during the holiday season. Right now, finances are at the top of mind for many with inflation and a potential recession on the horizon. 62% of women surveyed admitted to struggling with financial stress around the holidays, compared to 42% men.

Other reasons for holiday stress include spending time with family, seasonal depression, not having enough time for self-care, and spending time with friends. Surprisingly, the most common person people struggle with saying “no” to are friends! More than 1 in 3 (35%) said they have a hard time turning friends down.

When it comes to parents, nearly 1 in 3 (31%) listed their mother as the top family member they have trouble saying no to compared to just 18% who listed their father. 28% find themselves having a hard time saying no to their partner.

There are some people that are easier to turn down. Nearly 1 in 3 (28%) have the easiest time saying no to a sibling, and 1 in 4 find it easiest to say no to a coworker. For some, boundaries are easy to set. Nearly 1 in 6 (14%) do not have any trouble setting boundaries. More men (18%) than women (11%) felt that way. For many others, boundaries are still difficult.

The top interpersonal New Year’s resolutions people are planning to try are prioritizing self-care, allowing themselves to say no, making time for themselves, spending time with those they want, and limiting time on social media.

Other resolutions Americans are setting for 2023 focus on mental health. 1 in 4 (24%) are planning to skip or leave commitments earlier in the new year, and 1 in 6 (16%) are not planning to work overtime or off the clock.

2023 is a time to start over. If you’re feeling boxed into doing things you don’t want to do, don’t continue the cycle. Now more than ever is the time to prioritize your mental health and your happiness. At the end of the day, that’s what is most important!

When using this data and research, please attribute by linking to this study and citing Thriving Center of Psychology. 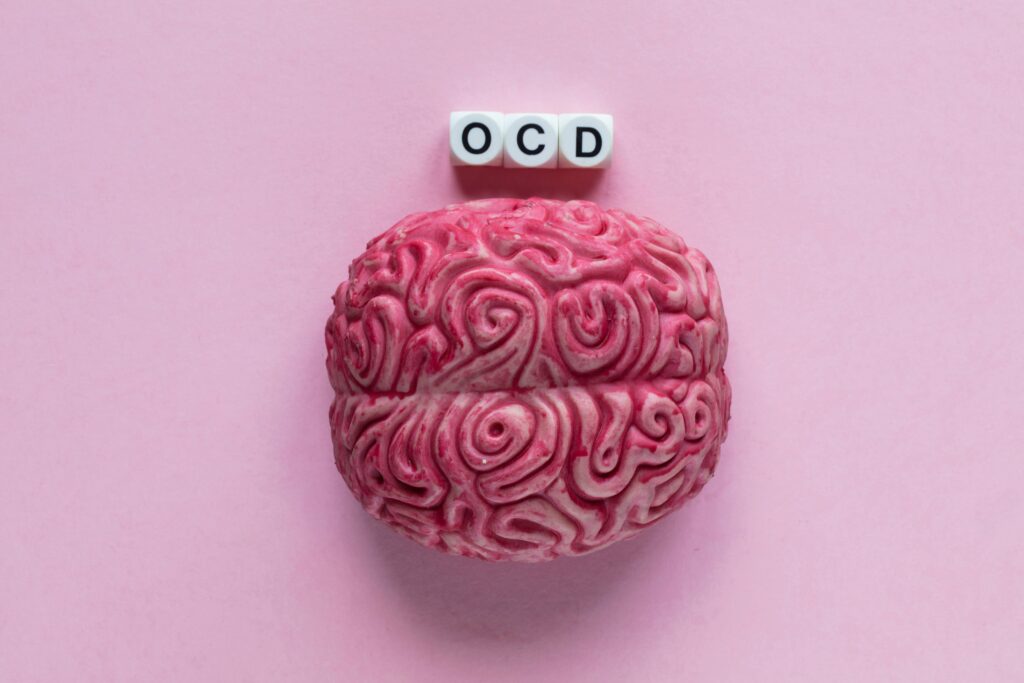 OCD involves thoughts, feelings, sensations, and behaviors. When you talk about curing OCD, it’s difficult to cure those things as they are part of being a human. OCD is a condition that doesn’t just heal and fix itself. Generally, it cannot be cured completely. However, the good news is that you can get it under control, recover, become present, and live a healthy and happy life. 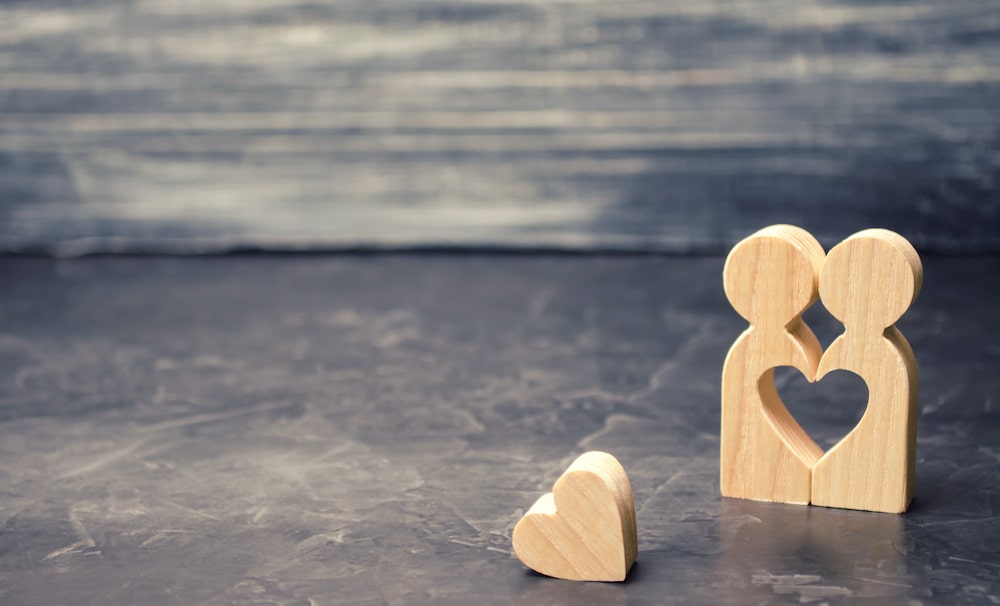 How Do You Know When It’s Time for Couples Therapy?

It’s normal for couples to go through ups and downs. Sometimes, there’s a notion that meeting your partner is the hard part, and then it’s easy going forward. The reality is that relationships take effort and work from both partners. Whether you’re going through conflict, dealing with an affair, struggling to communicate, or need a tune-up, couples therapy can form an essential part of a healthy relationship. 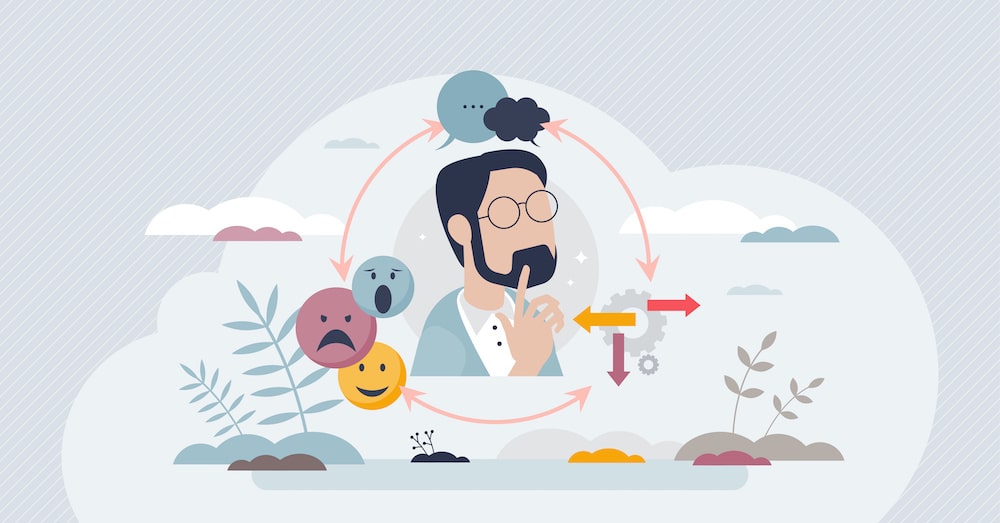 What is Cognitive Behavioral Therapy?

CBT focuses on challenging the way you think. It looks to shift unhelpful thoughts that may contribute […]